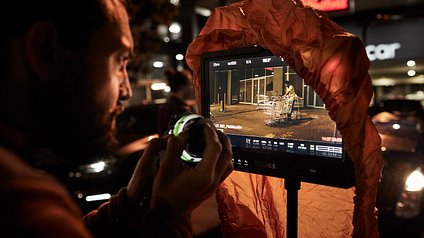 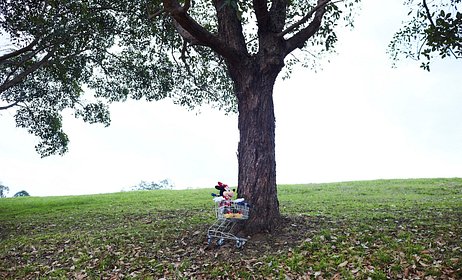 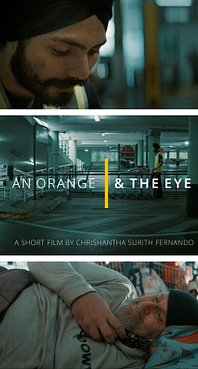 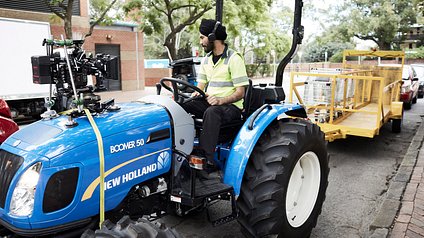 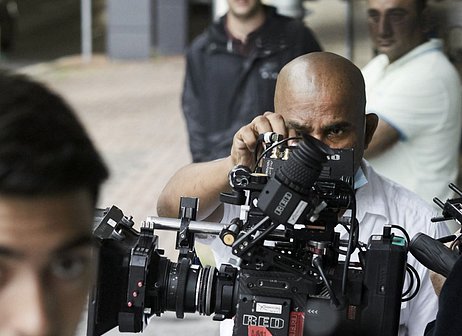 At the beginning of this review, we have mentioned the experience of the director. However, as we look at the biography of Chrishantha Surith Fernando, surprisingly, this is his first short film, which is amazing as he definitely dominates the filmmaking grammar. In fact, although he is a newcomer behind the lenses, he has a considerable experience in the industry. So, he certainly learned a lot by observing the work of his colleagues.

An Orange and the Eye is a great achievement in directing, but the screenplay has some loose points. The comparison between ants and people, or the symbolism of the trolleys in the streets, deserved some deepening. As it is, this short film is undoubtfully entertaining, but it had the potential to provoke wider discussions.

The symbolism trolley/people, that we have noticed but that may not be intentional, is not related to the main theme, which involves the second character of the movie, the homeless man. At first, he refuses to hand over the trolley he is taking away from the supermarket to the employee.

However, by observing the hard work that the employee does, collecting trolleys from dawn to dusk, he feels moved and changes his attitude. In the end, he not only hands over the trolley but also gives an orange to the employee. This principle of empathy is an eternally important message for humankind, as people does not always recognize the hardship of other’s works. And we can always something to make it easier for them.

In Right in the first sequence of An Orange and the Eye we notice the hands of a seasoned filmmaker. A collage of short cuts delivers all information we need about the settings of the story. In other words, it takes place in a supermarket within a shopping mall during the Covid-19 pandemic, and the protagonist is an employee responsible for collecting the trolleys.

The editing joins images of ants and of consumers with symbolic purposes, both groups focused on stocking their homes – with no intention of criticizing, at least this intention is not strengthened in the film.

Despite the classical bias, director Chrishantha Surith Fernando’s movie enables the interpretation by the spectator on the meaning of the trolleys that the collector finds along the neighborhood streets. Similarly to the ants in the first part, it is possible to see the trolleys as symbols of people.

And so, the employee encounters people in the park, taking a walk, having sex, involved in an accident and, finally, committing suicide. In this sequence, it takes a while to make sure that this character actually collects the trolleys that are in the streets. In fact, only in the last scene he does so. Following the classical film bias, it would be better to have it on screen right from the start.

This is a story about a hard-working trolley collector who is given some grace by a homeless man during the COVID 19 pandemic.

Not only in this opening, but throughout the entire movie, the use of classical framings helps to clearly communicate the storytelling, which is the ideal choice considering that An Orange and the Eye is essentially a silent movie, with two or three exceptions of talking parts. So, here nothing stands in the way to confuse or provoke the spectator like most of the art films do.

An Orange And The Eye